Understanding Back Pain Caused By Scoliosis Many Americans suffer from back pain on a daily basis—especially in the lower back. Sometimes, those dealing with back pain shrug it off and assume it’s caused by overworking or bad posture, when a more serious condition is the true culprit. Persistent back pain appears in teenagers and adults alike and is often caused by a spinal condition known as scoliosis.

Scoliosis refers to an abnormal curvature of the spine. The severity of the spinal condition can vary depending on the angle and direction of the curvature. In some cases, scoliosis can place additional pressure on the body’s internal organs, leading to complications such as difficulty breathing.

Most physicians these days will screen pre-teens and teens for scoliosis at an annual physical. Sometimes, teens/pre-teens who are diagnosed with curvature of the spine will “outgrow” it during puberty, but there is always the possibility that it could get worse. And in some cases, adults can develop scoliosis later in life. The cause is unknown.

Do you believe that your back pain is caused by scoliosis?

One of the most common symptoms reported by those diagnosed with scoliosis is that of back pain. However, not everybody who has scoliosis experiences back pain, so there are some other potential signs to be on the lookout for, depending on the severity of the curvature. These include the following symptoms:

When to See a Doctor

If you have any of the above symptoms (including persistent back pain) or have noticed a visible curvature in your spine, then it’s time to schedule an appointment with a doctor. Sometimes, scoliosis is obvious enough that a doctor can diagnose it just by looking at the patient. However, in some cases, the doctor may need to perform testing to determine a diagnosis.

One common test used by doctors when looking for scoliosis is that of simply having the patient remove the shirt and bend over with arms reaching towards the ground. Oftentimes, unusual curvature or protrusions of the hips/shoulders/ribs are easier to notice this way.

Usually, once scoliosis is suspected, an X-ray will be done to confirm the diagnosis and determine the severity of the curvature. Using the developed X-rays, doctors can measure the specific angle of the spine’s curves and determine the appropriate course of treatment.

The recommended treatments for diagnosis can vary greatly depending on the curvature of the spine and the age of the patient. For example, a pre-teen or teenager who has been diagnosed with a minor case of scoliosis may be given a back brace to wear, which will help to straighten the spine and keep the curvature from getting worse during puberty.

For patients who have already stopped growing, treatment options may be more limited. In cases of scoliosis with severe curvature, surgery may be the only way to straighten the spine and relieve dangerous pressure on the internal organs.

Many doctors will take a “wait-and-see” approach with newly diagnosed patients to see if and how quickly the curvature worsens, and then use that information to determine whether or not surgery is warranted. Typically, back surgery is seen as a last resort.

Back Pain Caused By Scoliosis

Scoliosis is a common cause of back pain, though it’s certainly not the only potential explanation. If you’re experiencing back pain and believe you may be suffering from the spinal condition known as scoliosis, be sure to contact Milwaukee back and spine specialist Dr, Prpa today. We can schedule an appointment and determine the underlying cause of your back pain.

Are you in need of help? 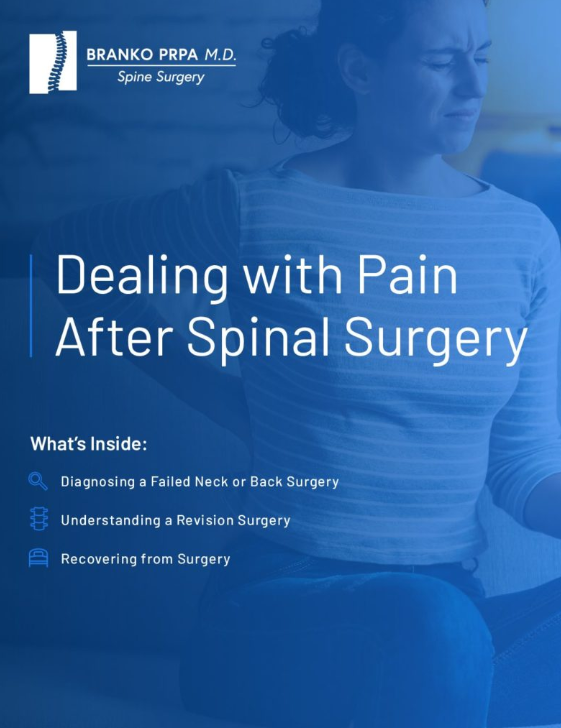 Experiencing Pain After a Failed Neck or Back Operation?